WordPress is most famous, free and open source blogging tool and a content management system (CMS). WordPress is based on php and MySql. WordPress is very popular blogging CMS used all over the world. It was released on May 27, 2003 by Matt Mullenweg , and Mike Little. Current stable version of wordpress is 5.2.

Amazing Fact 1: All over 20 million websites are developed using wordpress. Some of famous website like Facebook, TED, NBC Sports, CNN , TechCrunch, Forbes and many more are run over wordpress. WordPress VIP also runs many news media and publishers all around the world. Approximate one-sixth of all websites globally are powered by WordPress. Over 50% of all websites that are developed using CMS are working on WordPress.

Amazing Fact 2: In a single year 2014 there are 44 million installations of WordPress from WordPress.org. All over the world 60 million people where working on wordpress development. This number are increing day by day. Matt Mullenweg was very impressed and also mention his happiness during his speech “State of the Word” .

Amazing Fact 5: In the blogging world WordPress is considered to be the 5th most demanding and the most requested skill. There are 30,000,000 Google searches per month for WordPress related terms.

Amazing Fact 6: A survey says that median rate of a WordPress project is $50 p/h. Also ODesk says that over 36k of developers posted 6.725/month. Freelancer report says that over $3.6m of projects are completed through WordPress.

Amazing Fact 7: WordPress was launched on May 27, 2003 which is a Memorial Day of American.The day of Remembrance of American war dead on, by its founders, Matt Mullenweg and Mike Little.

Amazing Fact 9: There are over 19000 plugins available free for WordPress to make site more useful. 1392 free themes are available. 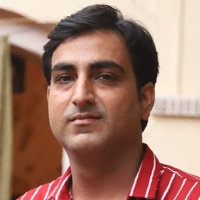